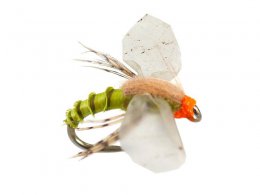 Ephemerellidae , known worldwide as Blue Winged Olive , are considered the most difficult to imitate ephemeral , for their extreme variation in colors from... 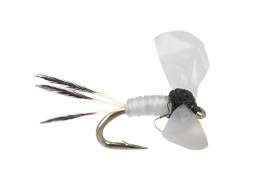 Caenidae, the smallest ephemeral that hatch typically in the middle of summer , sometimes causing crazy fish, but more frequently fishermen. Fly-fishers call it... 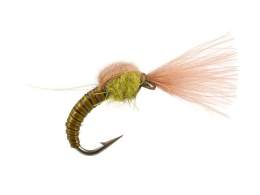 Baetidae , the most widespread ephemeral and with the largest number of species . Fly-fishers know that many of them can be represented by flies gathered in the... 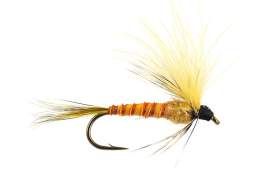 Heptageniidae and Leptophlebiidae often share the same areas as the torrents, the former in the fastest stretches of torrent , the latter in the slowest... 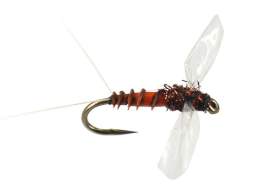 Heptageniidae and Leptophlebiidae often share the same areas as the torrents, the former in the fastest stretches of the stream, the latter in the slowest... 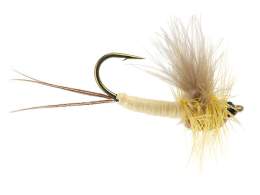 Ephemeridae , better known as May Fly , the undisputed symbol of fly fishing . Typical of the spring waters and famous for populating the Chalck Stream, they... 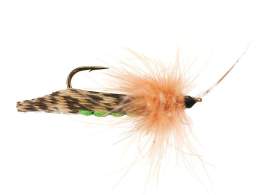 Trichoptera, a fundamental order as well as the ephemeral ones , shares with them the privilege of feeding fish and populating the waters of the whole planet , as... 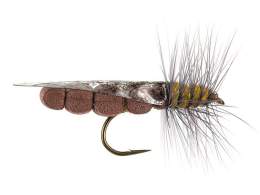 Plecoptera, aka Stone Fly , have only one rule for living, first quality water . For this reason, many waters are now devoid of it. Grayling and Trout love them... 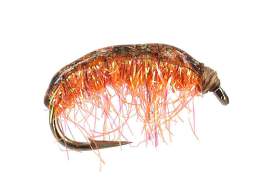 Gammarus and Asellus populate almost all waters, but it is in the Sorgive and Chalck Stream , typically rich in aquatic vegetation , that they can become... 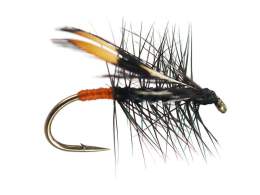 The Grayling , when it decides to be selective , succeeds in being so at the highest level , therefore exact imitations of what it is nourishing of and above... 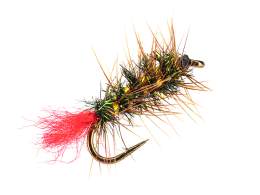 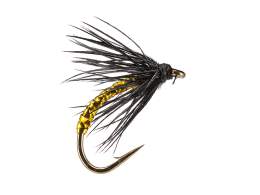 Artificial fly fishing is indisputably and indissolubly linked to the universe of aquatic organisms. This means catching fish with targeted imitations of those insects at that vital stage. The search for perfection in technique and tactics is fundamental, but imitations are the primary expression of this art.

Other instincts of the fish, such as territoriality or aggressiveness, which are also typical of the laws of nature, cannot be ignored, mechanisms which, if properly exploited, can still lead to success in terms of catches. I certainly do not underestimate this aspect, but I consider it marginal, a catch at all costs has never interested me so much and should be so for those who fly fishing. When a fish grabs our little artificial perfection and mistakes it as true, it is as if it were giving it life, and this is an immeasurable privilege.

Fly tiers is an art that I personally approach to painting and architecture, and therefore can not ignore the value of the historical memory of the artificial past, which represent the accumulation of icons and experiences of great fishermen for us can not be developed in a single life. Investigating the past in dozens and dozens of ancient and historical volumes and over 30 years spent on rivers around the world with a flycane in hand, led me to write "The Fly - La Genesy", where I collected over 500 models of the universal history of flyfishing. In "The Fly - Sacred and Profane" I have enclosed what in my opinion is the evolution of the artificial of the classical world, updated with modern fly tying types and materials, where this has been considered possible, improvements. Each family of insects is represented in every stage of its life, from the Nymph to the Spent.

The PHY series represents, from my point of view, the essence of fly fishing.