Sandro Soldarini's many years of experience and his excellent network of contacts with many professional fly fishermen in the competition scene have led time and again to innovative rod series such as the PRECISION SENSYTIP XUL in the HYDROPSYCHE model family, which has been specially developed for ultra-fine fishing for trout and grayling.

The double indication of the line class in the specifications of the individual rod models is not a typing error but is due to the two tips that are included with every rod in the HYDROPSYCHE PRECISION SENSYTIP XUL series. In addition to the standard tip, a specially developed tip is supplied, which is based on Soldarini's Sensytip technology and forms the heart of this innovative rod series. 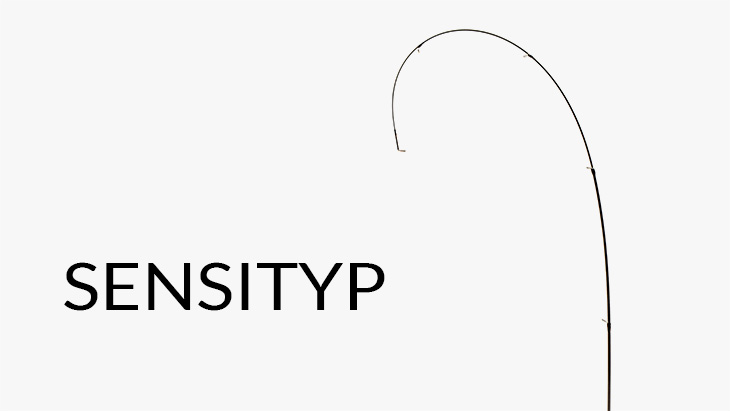 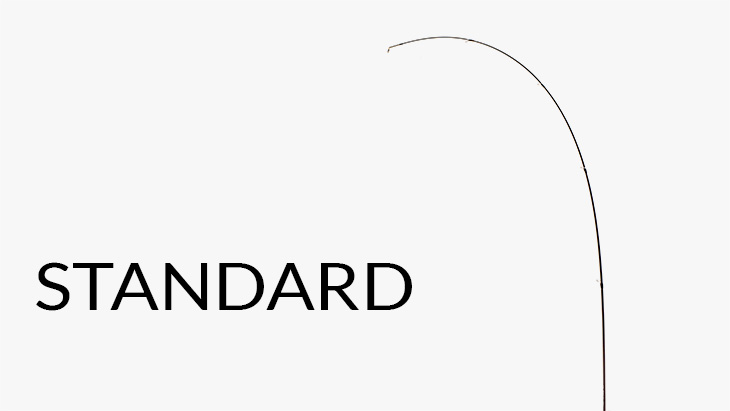 This thinner Sensytip has a full carbon insert in the upper part of the tip, which gives you absolute control over the drift of your nymphs at all times thanks to its unrivalled sensitivity. This tip is so sensitive that it transmits every tap of your nymph on the substrate, no matter how small it is. So not only do you know where your nymph is and if you are even offering it in the "hot" zone. Through this direct contact you won't miss a bite, not even the slightest touch. And it is precisely this controlled guiding and offering of your nymphs that makes European Nymphing such a successful and effective fly fishing technique. It is not for nothing that it has long been a standard method for professional fly fishers at fly fishing competitions.

The HYDROPSYCHE PRECISION SENSYTIP XUL is recommended for use with very long monofilament leaders or monofilament line only, as the flexibility of the Sensytip tip allows you to achieve decent casting distances and thus promising spots without having to rely on the casting weight of a fly line.

The HYDROPSYCHE PRECISION SENSYTIP XUL is perfect for offering small and smallest nymphs on thin and fine tippets. Due to the large flex and the high flexibility, the Sensytip cushions escapes and shocks while playing the fish as smoothly as butter and you can reel in smaller and medium-sized fish with ease.

By using the standard tip, you can turn the HYDROPSYCHE PRECISION SENSYTIP XUL into a second rod that you can fish perfectly with thin, lightweight fly lines that have been specially developed for European nymphing. Should a hatch occur during fishing and the fish start to rise, you can of course also present your dry fly accordingly with this rod.

The characteristics and components of all fly rods of the HYDROPSYCHE PRECISION SENSYTIP XUL rod series are, as usual, uncompromising and primarily designed for performance, according to the motto "form follows function". The medium-fast, very slim blank has an inconspicuous matt black finish and is fitted with single food guides except for the stripping guide. 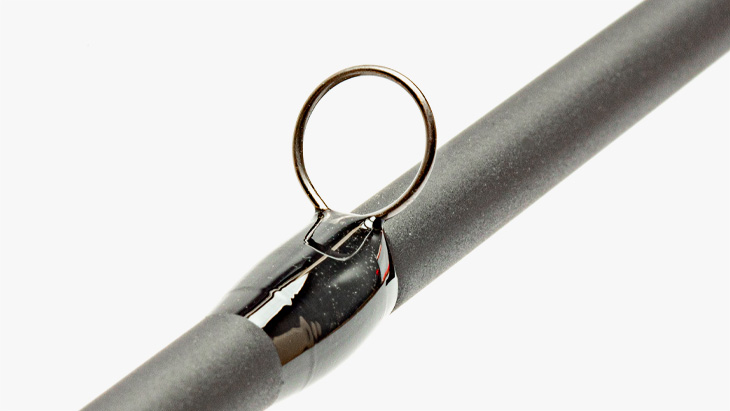 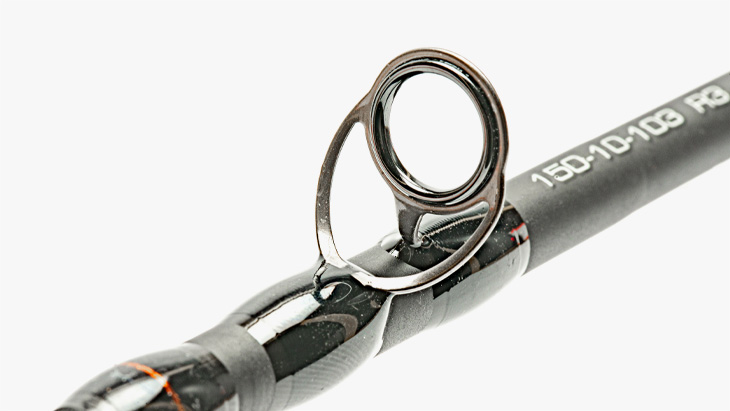 The half-wells handle is made of flor grade cork and reinforced with cork composite inserts in critical areas. The reel seat is made of high quality 6061 aluminium for maximum weight reduction and has a visually appealing carbon inlay. On the two shorter models of this rod series, the reel is still traditionally attached with an up-locking mechanism. The two longer rod models, on the other hand, have a down-lock reel seat, which ensures a better balance between rod and reel. 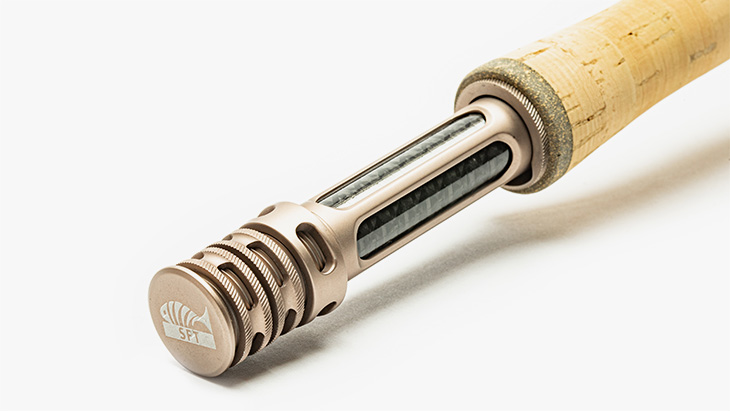 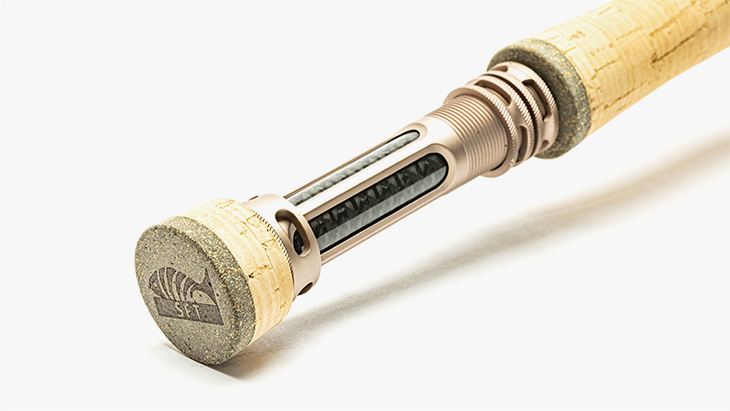 In addition, these models 10’ and 10’6’’ long are equipped with a fighting butt. This allows you to guide the fly rod more effortlessly by supporting it with the fighting butt on the forearm behind the wrist. This is very comfortable with longer rods due to their greater leverage, especially when high sticking. 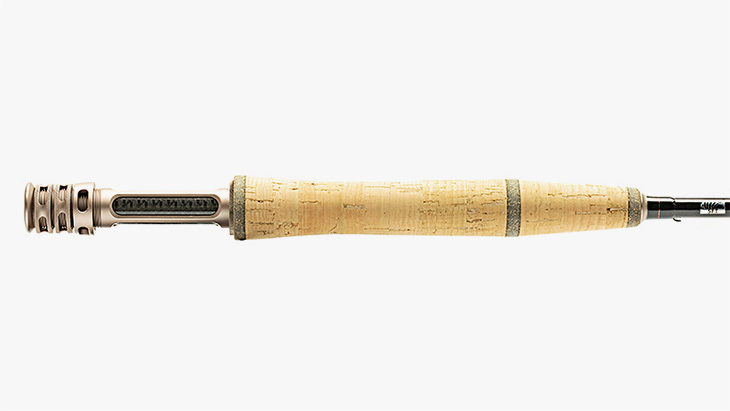 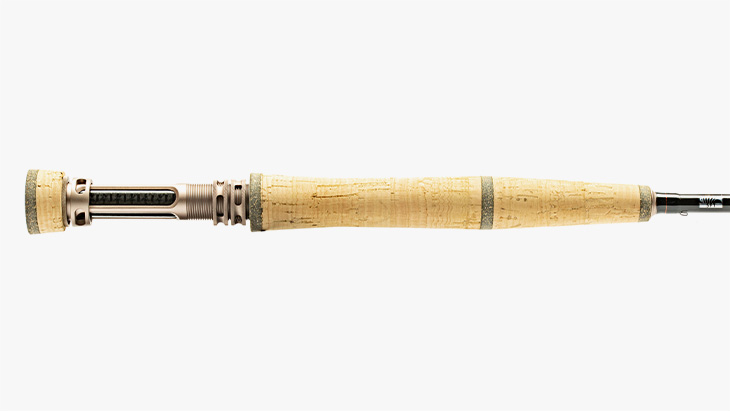 A smart detail are the two length markings on the handpiece which allow you to quickly and easily estimate the size of the fish caught. 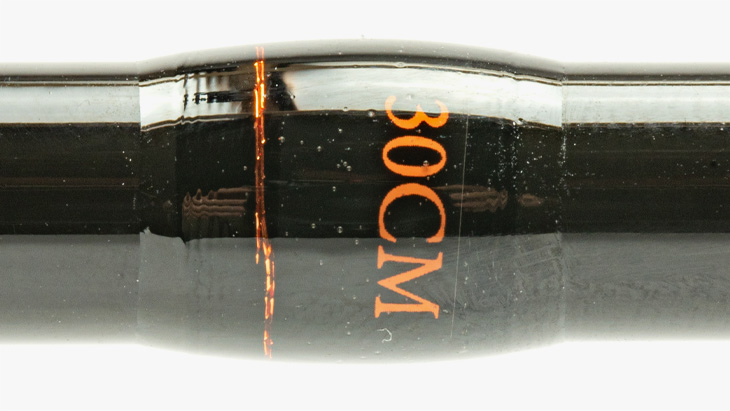 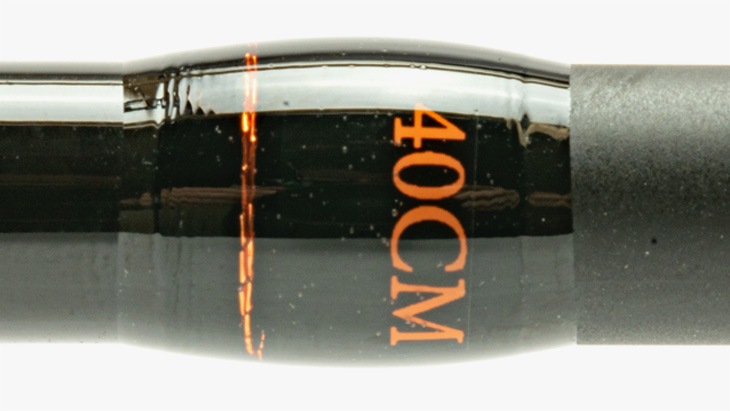 The HYDROPSYCHE PRECISION SENSYTIP XUL is a clever overall package where you basically buy two rods at an absolutely fair price. The lightweight, medium-fast and extremely sensitive rod is predestined for extremely effective European nymphing with the smallest nymphs and finest leaders. If you are enthusiastic about the very fine, sensitive and modern way of fly fishing for trout and grayling, you will find it hard to get past the HYDROPSYCHE PRECISION SENSYTIP XUL rod series.