The Spanish name of this fly is eloquent of the places for which it was originally intended, in these places speak Spanish and the latitude is 45 °, so we are of Patagonia Argentina and Chilena.

In these scenarios the insect to catch the big trout by dry fly is called Alcantaria, scientifically Chiasognathus Granti. Its size is such that the "PLOP" of these beetles that fall into the water becomes the fundamental element that triggers attacks.

The traditional "Chernobyl Ant" or "Fat Albert", while having a discreet yield, did not fully satisfy me. A more realistic and massive silhouette was needed. To date, the Escarabajo 45° has become an "MUST" for fly fishing in Patagonia, but in the largest measures it has proved equally effective in European waters if there are large brown trout.

Grease it carefully the first time you use it! 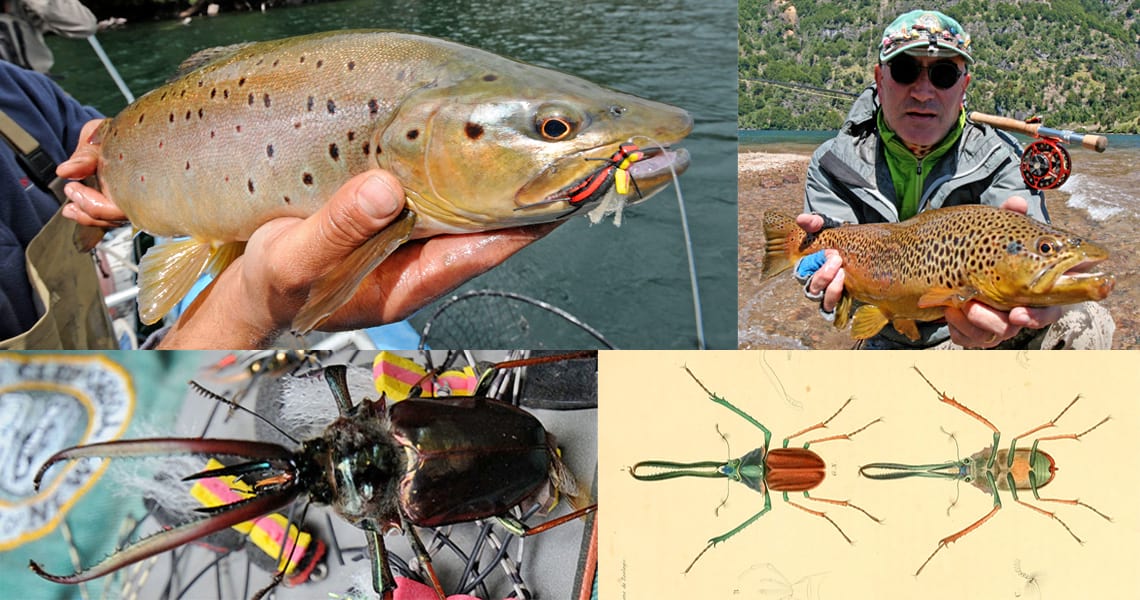